Tuberculosis cases decline, yet the disease remains a concern.

The annual number of reported tuberculosis (TB) cases in Wales dropped to below 100 in 2018. Despite this, the disease remains a concern. Whilst total cases declined, the proportion of cases which are UK-born increased. These cases are often from populations reporting high levels of social risk factors such as homelessness, prison or drug use. Some TB outcomes have also worsened slightly in 2018 compared to the previous year.

A new report published by Public Health Wales finds a total of 97 cases were reported in Wales in 2018, with the highest rates in the more populated areas of Cardiff, Wrexham and Newport. This is a decrease from the 104 TB cases reported the previous year. TB rates in Wales have generally been declining since 2009.

Daniel Thomas, Epidemiologist, Communicable Disease Surveillance Centre, Public Health Wales, said: “The news of the number of TB cases in Wales dropping below 100 in 2018 is encouraging, yet it’s important that we remain vigilant in preventing the spread of the disease, particularly in cases where there are a number of social risk factors.”

The full report can be found via the following link;

Public Health Wales is changing the way we report Covid-19 data as we move out of the pandemic.

The number of 4-5 years old children with obesity has increased in two different health board areas since 2018-19, according to the Child Measurement Programme.

More than a Coronavirus response; why population health should always be high on the agenda
17/05/2022

Mark Bellis, Director of Policy and International Health, WHO Collaborating Centre on Investment for Health & Wellbeing at Public Health Wales, explains why studying wider population health is always essential to minimising health inequalities and improving people’s health and wellbeing, and even more so when faced with a global pandemic.

Two new reports from Public Health Wales has looked at the impact of nosocomial (hospital-acquired) transmission of Coronavirus during the pandemic. 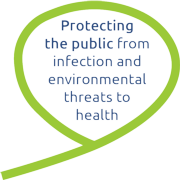 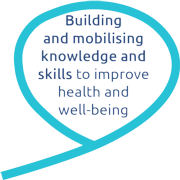