Meningitis is infection of the meninges, the membranes that cover the brain and spinal cord. It can be caused by a variety of different organisms, including bacteria, viruses and fungi. The less common form of the disease, bacterial meningitis, is always associated with severe illness and can be fatal. By contrast, viral meningitis, which can be caused by several different viruses, is more common but usually less severe.

In the UK, the most common cause of bacterial meningitis is infection with the meningococcal bacteria (Neisseria menigitidis) although other bacteria, including those that cause pneumococcal disease and tuberculosis, can cause meningitis.

Meningococcal bacteria are divided into distinct serogroups, according to their polysaccharide outer capsule. The most common serogroups that cause disease worldwide are groups B, C, A, Y and W. Most meningococcal disease in the UK is caused by serogroups B and C. However, the number of cases caused by serogroup C has significantly reduced in the UK since routine vaccination was introduced in 1999 in those age groups targeted for vaccination. Vaccinations against serogroups A, Y and W135 are also available and are offered to travellers to certain parts of the world where these are prevalent. In January 2013 Bexsero® (Novartis vaccines) was licensed for use and is the first licensed vaccine available in the UK against serogroup B meningococcal disease. In response to a rapid rise in cases of meningococcal group W disease in the UK, a programme offering MenACWY vaccine to all young people aged 14-18 years of age and new starters at university under the age of 25 began in August 2015.

Urgent treatment with antibiotics and appropriate hospital management is essential for someone with meningococcal disease.

Meningitis and meningococcal disease are notifiable diseases in the UK and any doctor suspecting that a patient is suffering from either is required by law to report it.

More information about meningitis and meningococcal disease is available from the following:

The majority of meningococcal infections occur in infants less than five years of age, with a peak incidence in those under 1 year of age. There is a smaller, secondary peak in incidence in young adults aged between 15 - 19 years of age.

Meningococcal disease shows marked seasonal variation with a peak in winter and a low level in summer. The winter season coincides coarsely with that of influenza.

In the past 50 years, most meningococcal disease in the UK has been due to group B (MenB) and group C (MenC). The MenC vaccine introduced in 1999 has now successfully reduced cases to just a handful each year. Currently MenB accounts for the vast majority of meningococcal disease.

Meningococcal disease has a case fatality rate of approximately 10%.

Meningitis caused by other organisms

The epidemiology of meningitis due to other organisms is more complex to ascertain. Cases of meningitis resulting from infection with measles virus, mumps virus or Haemophililus influeanzae B bacteria have decreased since the introduction of routine childhood vaccination against these diseases.

After meningococcal disease, invasive infection with the bacterium Streptococcus pneumoniae (also called the pneumococcus) is one of the most frequently reported causes of bacteraemia (i.e. blood poisoning) and meningitis-see the  Meningococcal disease: laboratory-confirmed cases in England since 2020 to 2021

The introduction of vaccination against several pneumococcus serotypes which are particularly associated with causing invasive disease is recommended for those aged over 65, individuals in a high risk group for infection and for all children (as part of the routine childhood immunisation programme since 2006). Data on incidence of invasive pneumococcal disease, including meningitis, since the introduction of routine pneumococcus vaccination for children in the UK, is available from Public Health England.

Sources of surveillance data for Wales

It is a statutory requirement in England, Wales, and Northern Ireland to notify all cases of clinically diagnosed meningitis, whether or not microbiologically confirmed. This statutory requirement for the notification of certain infectious diseases came into being in 1891 and includes all forms of meningitis (whatever the cause). All clinically diagnosed cases of meningococcal septicaemia must also be notified.

The prime purpose of the notification system is speed in detecting possible outbreaks and epidemics. Accuracy of diagnosis is secondary and since 1968 clinical suspicion of a notifiable infection is all that is required. If a diagnosis of meningitis later proves incorrect it should be denotified.

With the notification system, it is difficult to accurately identify duplicate forms received from more than one physician involved in the management of the same incident case, and to completely exclude through de-notification cases wrongly diagnosed as meningitis or sub-categorised incorrectly. Therefore trends in meningitis notifications should be interpreted with caution.

However, every year there are a number of cases of meningococcal disease which are not confirmed in the laboratory. These are cases where the patient clearly has symptoms of the disease and is diagnosed on the basis of these symptoms but there is no confirmation from laboratory tests either because it is not possible to take a sample or treatment has started before a sample can be taken (which of course kills the infecting organisms).

Rates of meningitis and meningococcal disease in Wales

Number of notifications of meningococcal septicaemia, total meningitis and specified type of meningitis in Wales: 1999-2022 (Data up to 13th Nov 2022)

Number of notifications of meningococcal septicaemia, total meningitis and specified type of meningitis in Wales: 1999-2022 (Data up to 13th Nov 2022)

(Please scroll over to see the full table)

Source: Statutory Notifications of Infectious Diseases (NOIDS) for England and Wales
*Data as at 18th November 2022

Guidance for the public health management of meningococcal disease

This is available from the Public Health England website.

Vaccines are available against certain types of bacterial meningitis and are given as part of the routine childhood immunisation programme.  These are meningococci groups A, B, W, Y and C, pneumococcal and Haemophilus influenzae (HiB), which can also cause meningitis.

Additionally, vaccination against some other diseases, such as mumps and measles which can cause meningitis, is also part of the childhood immunisation schedule.

A vaccine against meningococcal group B disease (MenB vaccine),was introduced in the UK in September 2015, children born on or after 1 July 2015 will be offered three doses of the vaccine at two, four and 12-13 months of age.

More information about the meningococcal B vaccine and programme can be found on the NHS Direct Wales website.

Vaccination against meningococcal group C is given to children with a booster at 12-13 months as part of the routine childhood immunisation programme.

In response to a rapid rise in cases of meningococcal group W disease in the UK, a programme offering MenACWY vaccine to all young people aged 14-18 years of age and new starters at university under the age of 25 began in August 2015.

Those eligible will be offered the vaccine in school based vaccination sessions or via their GP. More information about the MenACWY vaccine and programme can be found on the NHS Direct Wales website.

MenACWY vaccine is also used for travel or for those going to reside abroad or individuals with asplenia, splenic dysfunction, immunocompromised or complement deficiency.

Links to other meningitis/meningococcal surveillance 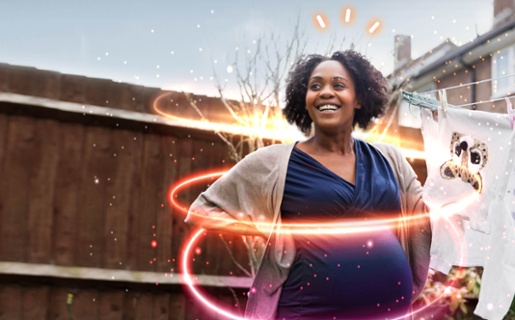