New official statistics published today by Public Health Wales’ Welsh Cancer Intelligence and Surveillance Unit (WCISU), which cover the period 2002 – 2019, show that the age-adjusted rate for new cases of cancer each year decreased slightly. This suggests that, apart from age, the overall risk of cancer in the population is gradually going down.

WCISU made adjustments to allow for the population ageing during the reporting period, but when ageing was not taken into account, the number of new cases each year per 100,000 population went up by almost 16 percent during the same period.

There was a 25 percent increase in the number of new cases of cancer diagnosed in Wales, with 20,058 new cancer cases diagnosed in 2019, compared to 16,066 in 2002. WCISU identified one of the main causes of the increase in new cancers as an increasing population size, especially amongst older age groups, who have the highest risk of cancer. In 2019, around 80 percent of cases occurred in those aged 60 years and older.

The statistics continue to show a difference in cancer rates between men and women. In 2019, the report found that the overall age-adjusted rate was 25 percent higher in men than in women. Cancer trends over time, and the differences between men and women, are partly the result of changing patterns of risk factors amongst the population, especially smoking.

Trends in age-adjusted lung cancer rates were very different in men and women. Rates increased rapidly in women during the first decade of the 21st century. During the second decade, this increase slowed then flattened-off. Meanwhile, the rate in men decreased by almost a quarter, although it is still considerably higher than in women.

Unlike lung cancer, trends in bowel cancer rates have similar patterns in men and women, although the rate in men is still approximately 50 percent higher than for women. In all sexes, rates peaked around 2011/2012, then fell to reach similar levels to 2002.

WCISU has previously estimated that up to 4 in 10 cancers in Wales are potentially preventable. The main preventable risk factors include; smoking, being overweight or obese, UV radiation from sunlight and sunbeds, workplace risks like asbestos, some infections like HPV, drinking alcohol, a low fibre diet, radiation such as radon in some homes, multiple x-rays and other tests in healthcare, processed meat and some forms of air pollution. 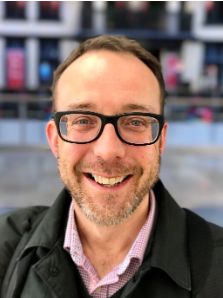 "Our new statistics provide the most up-to-date, reliable and complete picture of cancer incidence in Wales. They will provide the most reliable baseline to compare the effect of the Covid-19 pandemic on cancer diagnosis from 2020 onwards. Prostate, female breast, lung and bowel cancers remain the most common cancers in 2019, with these four cancers accounting for over half of new cases.

“We know that up to 4 in 10 cancers in Wales may be preventable. With an increasing number of cancer cases each year with wide inequalities, cancer control will be important for future generations and for keeping rising health service demand in check.”

For most, but not all, types of cancer, incidence rates increase as levels of deprivation in an area worsen, in part because of the health-risk behaviours identified above and certain types of jobs. Socio-economic and physical environments contribute to these risk factors, and make it more difficult to avoid health-risks like air pollution. The overall age-adjusted cancer rate in the most deprived areas of Wales is around 20 percent higher compared to the least deprived areas. However, for lung cancer that difference is 270 percent.

The official statistics also show that there have been considerable changes, and some improvements, to the stage at diagnosis for many – but not all - cancer types.

For example, as treatments and diagnostics have advanced, more people diagnosed with bowel cancer are investigated and staged at the time of diagnosis. Along with improved data, this has led to the ‘stage unknown’ category decreasing considerably between 2011 and 2019, and the proportion of people with stage 4 at diagnosis increasing to 25 percent of cases. Stage 1 at diagnosis also increased slightly, to around 16 percent of bowel cancer cases by 2019.

As in every other country, most cases of lung cancer have an advanced stage at the time of diagnosis. Around two-thirds of cases are either stage 3 or 4 (the most advanced stage) in Wales, with little change in the decade up to 2019. At the same time, the high proportion of cases with ‘stage unknown’ has halved, and the proportion of stage 1 at diagnosis has increased by over a half, following several initiatives by NHS Wales to improve early diagnosis.

The full report can be viewed here:

More information about the work of the Welsh Cancer Intelligence and Surveillance Unit is available online at:

Public Health Wales’ has opened its doors to the first screening centre of its kind on a high street in Wales.

This news story will be updated on Mondays and Thursdays.

Experts at Public Health Wales are warning people to take extra care in the very hot weather that is forecast over the next few days.  Temperatures are expected to reach the mid-thirties by Saturday in some parts of Wales.