Before the introduction of routine immunisation, rubella was common among children aged four to nine years. Epidemics of rubella occurred every 6-9 years.

Rubella immunisation was introduced in the UK in 1970 for pre-pubertal girls and non-immune women of childbearing age, to protect them from the risks of rubella in pregnancy. Before the introduction of rubella immunisation, there were as many as 70 cases of Congenital Rubella Syndrome (CRS) during epidemic years; the ratio of therapeutic abortions to cases of CRS was approximately 10:1, meaning that of the 70 cases of CRS, a further 700 pregnancies would have been terminated.

In 1988, the introduction of MMR as a universal immunisation programme augmented the previous selective immunisation policy. The aim was to eliminate circulating rubella. A considerable decline in rubella in young children followed but in 1993, there was a large increase in both notifications and laboratory confirmed cases of rubella, which was followed by the Measles-Rubella (MR) immunisation campaign in schools in 1994.

The majority of these cases occurred in males in colleges and universities, who had previously not been offered a rubella-containing vaccine. However, there was also an increase in the number of reports of rubella infections in pregnant women in the UK. These rose from 2 in 1992 to 23 in 1993; there were 8 cases in 1995.

In 1996 a second dose of MMR was added to the pre-school immunisations. Since 1996 confirmed rubella infection has become very rare and terminations and births affected by CRS have fallen to very low levels.

In Wales, the number of confirmed cases of rubella is low with nine cases recorded between 2000 and 2005; and no cases confirmed since this time. 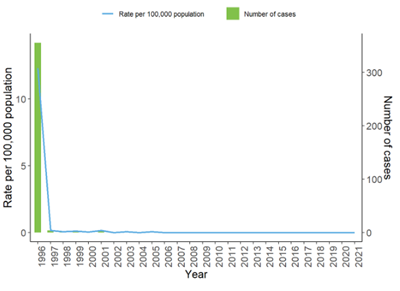 Sources of surveillance data for Wales

Rubella is one of a number of notifiable diseases. Doctors in Wales have a statutory duty to notify a 'Proper Officer' of the Local Authority of suspected cases of rubella based on clinical symptoms, usually before diagnosis has been confirmed by laboratory testing.

Oral fluid samples are requested from all patients in Wales (and England) with suspected rubella if confirmation hasn't been obtained by other means. Samples are sent to UKHSA in Colindale for confirmation of rubella infection.

These are the data that are used to produce the trends graph and accompanying data tables on this website.

Rubella can be prevented by a highly effective and safe vaccine. This is part of the measles-mumps-rubella (MMR) immunisation with a first dose at around 13 months and a second dose (booster) around three and a half years. Young adults and teenagers who have missed out on MMR vaccination as children are also encouraged to get immunised.

A complete course of the two doses will protect over 95% of children against measles, mumps and rubella.

The uptake of MMR (and other childhood) vaccination in Wales is recorded in the COVER (Coverage of Vaccination Evaluation Rapidly) report. This is published on both a quarterly and annual basis.  Use the link below to access all COVER reports from 2003 to date.

More information on the MMR vaccine. 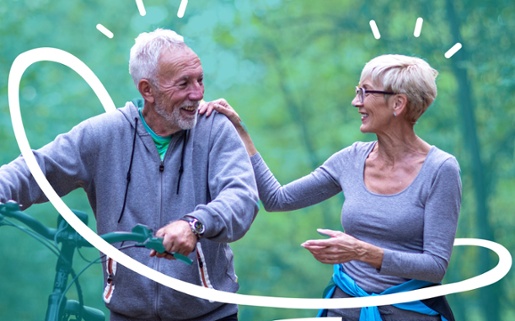