During each influenza immunisation programme (usually October - March), uptake is summarised every week in the weekly influenza activity in Wales report. Final figures are presented each year at the end of the influenza season in an annual report, which also includes an epidemiological summary of the season. 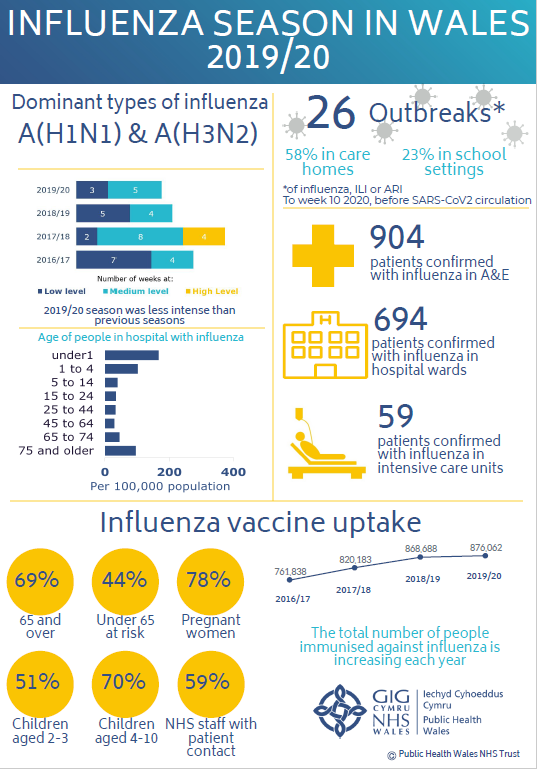